Shortly before 6pm on Tuesday, January 19th, Engine 352, along with units from Branchville, Berwyn Heights and other nearby departments, responded to a house fire on Lakeview Circle in Old Town Greenbelt. The fire appears to have started in the kitchen, where it then spread to the living room. Responding crews were able to extinguish the fire quickly upon arrival. No one was home at the time of the fire, but a dog was rescued from the house. The cause of the fire is still under investigation. Chief 35 as Battalion Chief 6 had command of the incident. Five adult occupants were displaced and are making their own arrangements with friends and family. In addition, one firefighter from a neighboring department sustained a minor injury to his hand. (Photos courtesy of Branchville VFC) 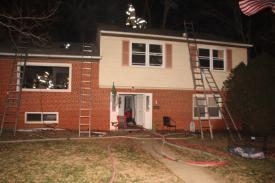 Shortly after 8pm, Monday evening, Engine 353 and Ambulance 359 responded to a report of a house fire w/people trap in the area of Copernicus Dr. and Galileo Ct. E-353 arrived on the scene and reported a two-story single-family dwelling with a basement and Fire showing on the exterior of the chimney...
➜
AUTO FIRE

Shortly before noon, E353 responded to the OL 495 north of Kenilworth for a report of a car on fire.
Multiple Vehicle Accident

An accident at Greenbelt and Mandan this evening required multiple units from GVFD. A358 and A359 transported to local hospital.
GVFD Responds to 5-Alarm Fire in College Park

On April 24th, shortly after 0930 am, Engine 353 responded to a reported apartment building fire in the 4700 block of Berwyn House Road in College Park. Units arrived on scene to find fire and smoking coming from the top floors of a vacant building.
➜
2-Alarm Condominium Fire in Greenbelt East

Shortly before 1 a.m. Wednesday morning, Engine 353 responded to a reported building fire in the 7800 block of Hanover Parkway (Greenbriar Condominiums). In addition, Chief 35 responded as Battalion Chief 6.
➜
GVFD Responds to House Fire in Greenbelt East
Shortly after 10pm, GVFD responded to the 7100 block of Mathew Street in Greenbelt East for a report of a house on fire. Engine 352 and Engine 353 responded along with units from other neighboring departments.
➜
GVFD Responds to Bowie House Fire

Just after 7 p.m., Engine 353 and Chief 35 responded for a reported house fire in the 12000 block of Lofting Court in Bowie. Units first arriving on the scene reported fire showing from the attached garage with extension into the second floor of a two-story, single-family dwelling.
➜
GVFD Responds to Branchville House Fire 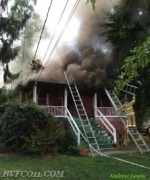 Just before 8 p.m., Engine 353 was responded as the second due engine, along with units from Branchville, College Park and Berwyn Heights, to a reported house fire in the 8300 block of Potomac Avenue in Branchville.
➜
GVFD Responds to House Fire in Berwyn Heights

Just after 1 a.m., Engine 353, along with Chief 35 as Battalion 6, responded with units from Berwyn Heights, Branchville and College Park to a reported house fire in the 7500 block of Edmonston Road in Berwyn Heights.
➜
GVFD Runs Apartment Fire in Lanham

Shortly after 6:30 AM, GVFD was alerted to respond for a reported apartment fire in the 9900 block of Good Luck Road in Lanham. Engine 353, as the second due engine company, supplied water from the hydrant to the first due engine from Bowie.
➜
GVFD Runs Commercial Building Fire in Beltsville

Around 9:30 am on Tuesday, February 23rd, Engine Company 35 and several neighboring companies responded to the 6600 block of Oliver Street in Riverdale Heights for the report of a house on fire. Responding units arrived to find a two-story, single family dwelling with smoke showing from the house.
➜
GVFD Runs First Due House Fire

Shortly before 6pm on Tuesday, January 19th, Engine 352, along with units from Branchville, Berwyn Heights and other nearby departments, responded to a house fire on Lakeview Circle in Old Town Greenbelt.
➜
GVFD First Arriving on Apartment Fire 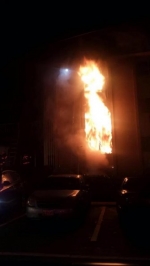 Shortly after 5pm on November 29, 2015, Engine 353 was alerted to an apartment fire in the 8500 block of Greenbelt Road in Lanham. Engine 352 was the first arriving engine, and the crew advanced a hoseline through the terrace level to the fire apartment.
➜
EXTRICATION ON OL/495

At 1422hrs, Engine 352, Chief 35, and units from Co.11 and Co.14 responded to OL/495 in the area of Greenbelt Rd for personal injury accident with one trapped. One adult patient was extricated and transported to an area trauma center.
➜
House Fire in Greenbelt East 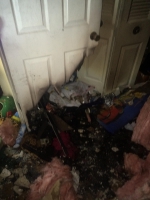 Around 8:30pm, Engine 352 responded as second due engine to a reported house fire in the 8100 block of Bird Lane in Greenbelt. On scene, Engine 352 picked up the line from Company 48's engine to supply them water, while the crew from Engine 352 advanced a hoseline to assist with a fire in the bedroo...
➜
GVFD Runs House Fire in Beltsville 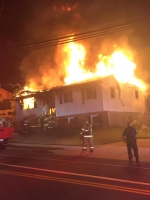 Shortly before 4am, Engine 352 responded as second due engine to a reported house fire in the 11600 block of Old Baltimore Pike in Beltsville. Engine 352 supplied water to the engine from 31, while the crew from Engine 352 advanced a hoseline into the home and worked with the other companies on scen...
➜
GVFD Runs House Fire in Lanham

Shortly after 3am, GVFD was alerted to a reported house fire in the 8600 block of Cipriano Springs Court in Lanham. Chief 35 took command, and the engine crew stretched a hoseline to the 2nd floor to put out the fire in the attic.
➜
2 Alarm Fire in Greenbelt

Shortly before 730pm Tuesday evening, Engine 352 was alerted for an apartment fire in the 200 block of Lakeside Drive in Greenbelt, just as heavy storms were rolling through the area. Engine 352 arrived on scene as the first due engine to find fire showing from the roof of a 3 story apartment buildi...
➜
GVFD Uses New Rescue Tools to Free Trapped Patient 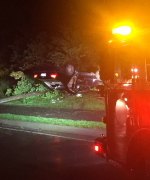 All events are free!! Get ready for an egg-citing day of fun, it's going to be a HOPPY good time!

This site has been viewed 467,787 times.
Calls
News
Events
Pictures
Apparatus
Maintained by the members and staff of Greenbelt Volunteer Fire Department and Rescue Squad Inc. Designated trademarks and brands are the property of their respective owners. Copyright © 2006-2022. YourFirstDue Inc. All Rights Reserved. Content on this web site is supplied by Greenbelt Volunteer Fire Department and Rescue Squad Inc. YourFirstDue Inc. cannot be held responsible or liable for any content, text, pictures, or any other media found on this web site.
Management login
Powered by